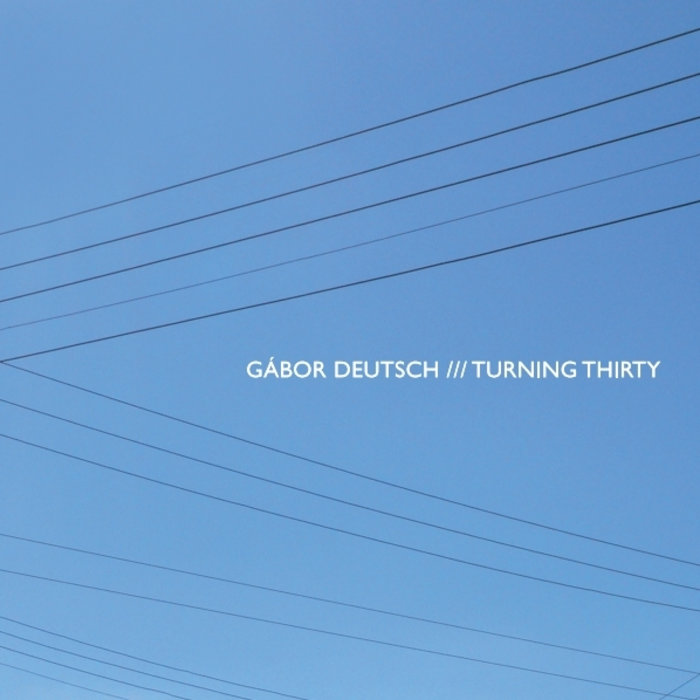 He started working on his latest album, TURNING THIRTY,
in June 2007 when he actually turned 30. His aim was to
deliver a happy, uplifting electronic album with positive music.
For that reason he moved from the noisy Budapest to a
countryside cottage - close to Buzsák , near Balaton lake - in
the middle of a forest. After three months he realized the CD
was still yet to be finished.
Understanding he was in need of more summer and sunshine,
he set off to Cyprus for another 8 months. His attempt of
communicating with the vocalists over the internet saw various
difficulties and although a year had already passed from the start,
the planned vocal tracks were still instrumental, thus his album
was still not ready to release.

His move back to Budapest in June 2008 put a slight pause to
the making of the record, however he picked it up again in December
when finally the vocal recording sessions started. In the autumn
of 2009 he eventually concluded his album.
The featuring vocalists are: Veronika Harcsa, Sena, Virág Keszthelyi,
Edina Kutzora [former singer of Yonderboi], Juli Kása, Judie Jay,
Phreek Gimmiks.
On the international version of the CD more vocalists appeared:
N'Dea Davenport (USA, from The Brand New Heavies)
Lazy Hammock (UK),
Joeleen(UK/IT),
Péter Kőváry
Albiona Hyseni (AL).

The CD has a 20 pages booklet with all pictures taken by
Gábor Deutsch himself. Check the pics here:
tra.kz/gdttpics

all tracks written mixed and mastered by
Gábor Deutsch / Anorganik from June 2007
till October 2009. anorganik.net

Bandcamp Daily  your guide to the world of Bandcamp

Cannibal Corpse's George "Corpsegrinder" Fisher stops by for an interview